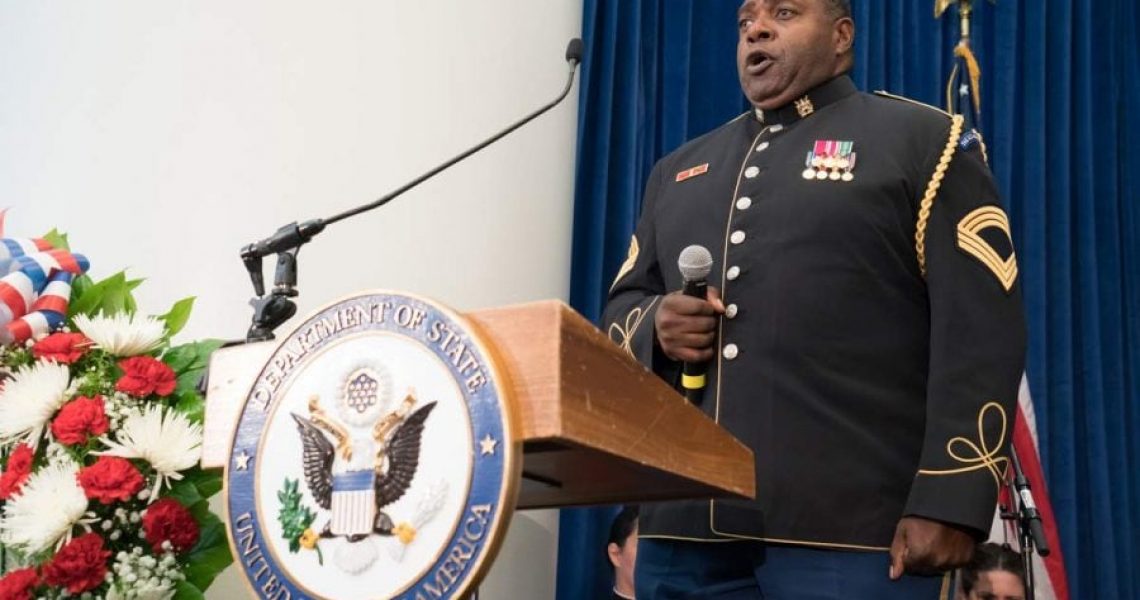 Sony A7rII review. A week in the real world from a Nikon photographer

Disclaimer: First off, I’m a working photographer not a gearhead or a professional reviewer. This is not a  button by button pixel by pixel peep review. It’s just my thoughts on how this camera operates in the real world.  I’ve never written a camera review before, but then I’ve never read so much misinformation about a camera before. Having said that, the technical information from DXO  is the most trustworthy I’ve found. It allows you to compare across different benchmarks, so I would recommend heading over there for technical information.

There’s a lot of hype and most of the  Sony A7Rll reviews I’ve read have been incomplete and some are just rubbish. As a working photographer what I want to know is whether the Sony A7rll system has what it takes to be a pro camera in the real world?  When I get half way through reading a review and the reviewer smugly mentions they haven’t used an on camera flash in 20 years so why would they bother talking about such things,  (having emphasized that they are writing for the pro photographer) How useful is that?

A bit of background. Why consider switching after 30 years of being a Nikon shooter? DSLR’s – especially the D3’s and D4’s (sorry I don’t know about Canons, but I have to think they’re probably the same) are heavy as hell. That may not be an issue for some, but at 7.5lbs D3s, 70-200mm and sb900 strobe for 12 hour days hurts.  I think a tipping point was a recent vacation to exotic faraway places. I felt reluctant to bring the Nikon D3’s and my pro lenses. I did eventually decide to bring the Nikon D3s, but swopped out my lenses for an old crappy but lightweight 70-200 not very sharp lens. More importantly  than the weight is that technologically speaking DSLRs are based on film cameras. It’s like building a Ferrari on the chassis of an old classic car. It made sense back with the D1 and even D2 series, but not with the level of technological advances we have today. Full frame mirrorless has matured and can compete with the pro level Nikons and Canons. But can it compete ALL the time,  in all the situations that this pro photographer finds themselves in during a typical week? Ok. no, I’m not a sports, war, landscape or food photographer so let’s get that out the way. I’m a commercial photographer. Events, conferences, PR, portraits, head shots, products. Every kind of lighting – or not lighting.

Last week’s assignments. A pretty typical week for me.

Headshots at a clients offices.

A speaking event for a Washington DC Think Tank,

Memorial event for the State Department 200 people plus the Assistant Security of State,

Techno dance party at the Hirshhorn Museum of Art.

A political lobbying reception on top of a rooftop and partly under tenting.

So basically a normal mix of horrible lighting and challenging subjects. Since I was not about to be caught completely screwed,  I travelled with my normal Nikon rig as a back up.

Here’s some initial thoughts.  Thoughts in no particular order.

A small but not so small issue. Frankly, it sucks.  It’s narrow, slippery and completely useless. Buy a new one.

Sony A7rII Battery life. This is a serious problem for the Sony A7rII.  It comes with two batteries and I purchased two additional Sony batteries. I’m averaging 300 shots from a full charge. I’ve turned off airplane mode and am trying to conserve battery life. Since I am getting to know the camera, maybe I’m inspecting files a bit more than I might usually – but still that’s pretty awful. I’m going to have to get a slew more batteries and an additional charger. It’s not unusual to shoot 2500 files in a 12-14 hour conference day so it would take a bag full of batteries and probably an additional charger. On the upside, a pocket full of these batteries are neither heavy or bulky and are relatively inexpensive. The Sony brand NP-FW50 are about $49.95 at BH Photo. There are some third party manufacturers too. I don’t know anything about the off brand manufacturers other than they are half the price. Watson is a third party manufacturer at about $29.95 for their version of the NP-FW50.

Charging time seems long. The batteries for the D3’s and 4 charge much more quickly and have a quick charge option. The Sony charger only allows you to charge one battery at a time, which given the short battery life and long charging time is a negative. I will probably have to invest in something like this Dolgin Engineering TC40 Four Position Battery Charger

Ridiculous. They make no sense at all. They are in no logical order and some of the menu items are labelled in technician speak with no way to know what they actually do. The manual is also completely useless. And yes, I have read it. At some point I’ll work out how to customize all the buttons. Whoever designed these menus was not a photographer, and may have never asked a photographer what’s important to them. Some of the options seem to have been added, simply because they could. Sometimes more is not always better.

There’s no tethering ability directly to Adobe Lightroom 5. You have to jump through the Sony app or pony up for Capture Pro. There is a workaround but it’s slow. I have a workflow – it works. It allows clients to view their head shots on an Apple Ipad right away and drastically reduces the traditional delivery time. When you have 100 head shots in a day and a 24 hour turnaround, workflow efficiency is critical. It’s ludicrous to me that Adobe and Sony can’t cooperate to allow the Sony A7rII to tether to Adobe Lightroom. I don’t care if it’s Sony or Adobes’ fault (they blame each other of course), it’s just wrong.

The Sony Vario-Tessar T* FE 24-70mm f/4 ZA OSS should be the workhorse lens but it doesn’t seem very sharp to me. I also need need a 2.8.  The Sony 24-70mm scores reasonably well in DXO ratings and beats out the 24-70mm nikon 2.8 according to DXO  but honestly I am not seeing it.

You can’t plug in a sync cord. Maybe this is old school, but there are moments when all hell breaks loose and you really need to go back to basics and plug your lights in to your camera.  Not happening with this camera.

Seems like a lot of noise and perhaps the firmware update will improve that. This is just how I feel comparing files. I am not a techno geek pixel peeper. It’s just my opinion.

Sony a7rii is a clear winner when it comes to weight.

This may not seem like a big deal but try a 3 day conference 12-14 hour days and you’d soon feel the difference. On a side note, the Sony A7rII  lightweight also makes me want to take it with me when I’m not working. There’s a creativity aspect that I think is a real plus if you believe in keeping the creative juices flowing. Hard to score the ‘fun factor’

Now this was a real surprise. The Sony HVL-F43M is a great little and lightweight flash. It has a vertical flip to allow successful vertical bouncing. Why the heck hasn’t Nikon or Canon done this? It performed extremely accurately and gave a pleasing light. I opted for the smaller of the Sony strobes after reading some less than stellar reviews of the more powerful Sony HVL-F60M

Quiet shooting. Not silent shooting – that loses a stop of light (although I could see silent shooting being useful with a fast enough lens)  Even in normal shooting, it’s a much quieter camera which is a real plus for many of my assignments. It’s a real pleasure not to be hearing that slap of a mechanical mirror. Earlier this year I was at a conference where the keynote was Condoleezza Rice. There were four of us photographers all slapping away with the noisy Canons and Nikons from the only place in the room we could stand. We were asked to stop shooting by Condi’s people.

Low light shooting. I shot a band gig outside in rotten light in a stage covered in smoke.  It did an excellent job. Add in the elasticity of the files and it’s a real plus point.

Nice big files – lots of elasticity. They are huge. The resulting jpgs, which are how almost all my clients want to have files delivered – are also huge. If you deliver electronically, hope you have a nice fast internet connection and plenty of storage and a nice fast computer. The files look good and overall up to standard.

That’s really subjective. I find the lens release button awkwardly placed and I don’t have particularly large hands. It feels almost left handed. It may be that I get used to button placement but not feeling the love on that right now. I’m not a fan of having so many controls under menu items. I like to be able to change settings much more quickly.

I  shot Leica’s for years, and I own a Fujifilm X100T, I really enjoy being able to see around the frame. Seeing it electronically is still weird for me. It’s going to take some time to get used to this. There is also a lot of superfluous info in the frame that is annoying. I will figure out how to clear that away.

I can only speak of the two I currently own, but there’s some lovely prime Zeiss lenses on the horizon.

I already mentioned this but it’s worth repeating. It doesn’t seem very sharp to me. It scores reasonably well in DXO ratings but I’d like to see a faster sharper 24-70mm

Much much sharper and a very nice lens. I wish it was a 2.8

The FE 90mm f/2.8 Macro G OSS Lens gets fantastic reviews and I’m hoping the Zeiss Batis 85mm f/1.8 Lens and Batis 25mm f/2 Lens are also as good as they promise to be. The techs over at DXO score the 90 macro as the sharpest lens they have ever scored. DXO has not reviewed the Batis lenses as yet. We shall see.

This is important. Sony has announced it’s premium care program for professional photographers. Sony premium care . If it does what it says it will, this is a good step forward. Nikon’s pro support really worked well for me over the years. Dropped lenses, or just cleaning and servicing. You can get a loaner. I hope that Sony’s pro care program will live up to it’s mission.

The biggest failure moment? Group in front of a TV monitor – the Sony A7rII did not want to focus and would not shoot. Yikes! It gave me a few scary moments and shifting around before I could get it to work. And I can’t ask the Deputy Secretary of State to please move over or better yet let me register your name in the stupid face recognition system. The Nikon D3s just wouldn’t have had that issue.

It’s a good camera with flaws. But that’s true of every camera. I’m going to stick with it and once there is an adaptor to enable use of some of my Nikon lenses and add maybe a couple of  Zeiss Batis lenses I think I’ll be pretty happy. It’s not perfect but it can run with the big dogs, especially once you know it’s weak spots.